How Thick Is Your Lense of Self?

Just because we can physically see doesn't mean we can't also be blind. While most clients agree that the assessments I use are at least 85% accurate, each time I coach someone a behavior or strengths assessment, at some point in the debrief, I still hear the comment, "I don't think I'm really like this". The stark reality is that other people often see our behaviors better than we do!

In today's fast-paced culture, most of us don't take the time to intentionally get to know ourselves and how our behavior impacts other people. We tend to look at the world through the fog of self, living on autopilot and assuming that everyone automatically thinks the same way we do. When others behave in ways we personally would not act, we deem them irrational or ignorant, resulting in more internal frustration and outward conflict than necessary.

The good news is that clarity trumps emotion. With a little education and observation, we gain an understanding of ourselves and others. We learn that different isn't bad or "stupid", just different. Better communication ensues and much of the conflict melts away. Finally, we see things as they truly are.

How well do you konw yourself? How do you react when someone tells you something about your behavior that you don't want to hear? The next time it happens, ask yourself "How could that be me?" and you might just learn something new about yourself.

Posted at 07:26 AM in Assessments, Behaviors, Self Awareness | Permalink | Comments (0)

Your Body Speaks: What is it Saying To You?

From my own personal experience in Corporate America as well as from discussions with other executive/leadership coaches, I've learned that self-awareness is probably the most lacking essential leadership skill among top-level leaders. Self-awareness is the ability to perceive your emotions in the moment and understand your tendencies in all types of situations.

In essence, self-awareness is understanding your own body's language! Why is this important? Because self-awareness leads to better self-management. Excellent self-management skills translate into higher Emotional Intelligence (EQ) and more success at home and in the workplace. Unfortunately, most people don't take the time to get to know themselves through adequate self-examination.

One way to increase your self-awareness is through professional assessments from a qualified distributor. Utilizing a personal coach along with the assessments will help you learn even more in "real time" and move forward with what you learn.

Remember, emotions aren't bad. They are just your body's language. Learn your language and see how much more effective you can be.

What are your thoughts about emotions?

Want more information on Emotional Intelligence and how you can benefit from increased self-awareness? Contact me at 913-219-7844 for your complimentary consultation.

Posted at 03:16 AM in Emotional Intelligence, Self Awareness | Permalink | Comments (0)

First, let's take a look at one common mistake many people make - that of mispelling someone's name. I can relate to this one personally because more often than not, I find my name spelled wrong on websites, correspondence, meeting agendas, nametags and even speaking engagement announcements.

A misspelled name might convey any or all of the following messages to the person whose name is misspelled:

Can you see how such a seemingly small thing might have huge implications to your personal and professional relationships? What other examples can you think of where a small mistake might communicate a bigger problem? What should you change to leave a better impression?

On the flip side of mistakes, encouraging words,  kind gestures and getting details correct,  leave lasting positive impressions. We can be seen as outstanding by merely being proactive in getting the little things right.

We are all in the people business whether we realize it or not.  They are watching, listening...and thinking. What do you want them to think about you?

Sometimes its best to just zip the lips. I'm sure Congressman Joe Wilson wishes he'd kept his mouth shut last Wednesday night instead of yelling "You lie" at President Obama during the President's speech on national TV.

This was emotional ignorance at its best. Regardless of whether Rep. Wilson's outburst was factual, his timing was definitely poor. I wonder how big of a hit Rep. Wilson's career will take because of his recent gaff.

We've probably all had emotional outbursts at times, but most likely not on such a grand stage.  I know I have said things before that I regret. We can all learn a thing or two from this example.

It is almost common knowledge in leadership circles these days that Emotional Intelligence (EQ) trumps IQ in almost every role, especially leadership roles, because leadership involves working with people. Past a certain point, IQ doesn't really matter tremendously in the modern workplace. To the contrary, EQ always matters because the higher our EQ, the more effective we are in getting things done through others.

Emotions are not bad in and of themselves. In fact, they provide valuable insights into what triggers our behavior. A lack of emotional control, however, can prove costly in both the long and short term. Fortunately, unlike IQ, EQ can be improved over time. We can learn to check our emotions at door and think before we speak. We can also learn to think and not speak!

Do you know your EQ? If so, what are you doing to improve your personal and social competencies? If you've ever worked with a coach on EQ, would you share your experience with a comment?

If you'd like to learn more about how to improve your EQ through coaching and assessments, I'd love to talk to you. Contact me today for a complimentary consultation!

The Essence of Authentic Leadership

"To be an authentic leader requires you to be genuine and to have a passion for your purpose; you must practice your values, lead with your heart, develop connected relationships, and have the self-discipline to get results." - Bill George, Finding Your Truth North: A Personal Guide

Being an authentic leader is no easy task. It requires much soul searching to discover our purpose and uncover our core values. Once discovered, we need discipline to live out what we believe, especially through the storms of life.

Authentic leaders integrate who they are into everything they do. They are genuine, sincere and consistent in their attitudes and actions because they are comfortable in their own skin, shortcomings and all. They don't try to be anyone else.

How authentic are you around the people you lead? How comfortable are you in letting others know of your vulnerabilities?

It takes intentional personal development to become an authentic leader, but it is worth the effort. Authentic leaders inspire confidence, loyalty and trust in their organizations and in their work because their willingness to be vulnerable creates connections with and empowers others.

Now, it's your turn. What does authentic leadership mean to you? How have you been impacted by an authentic leader? Let us hear your thoughts by clicking on the comment link below!

For help on becoming an authentic leader, feel free to contact me for a consultation! 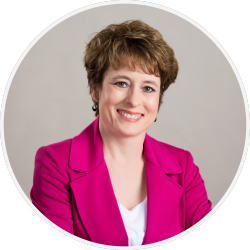